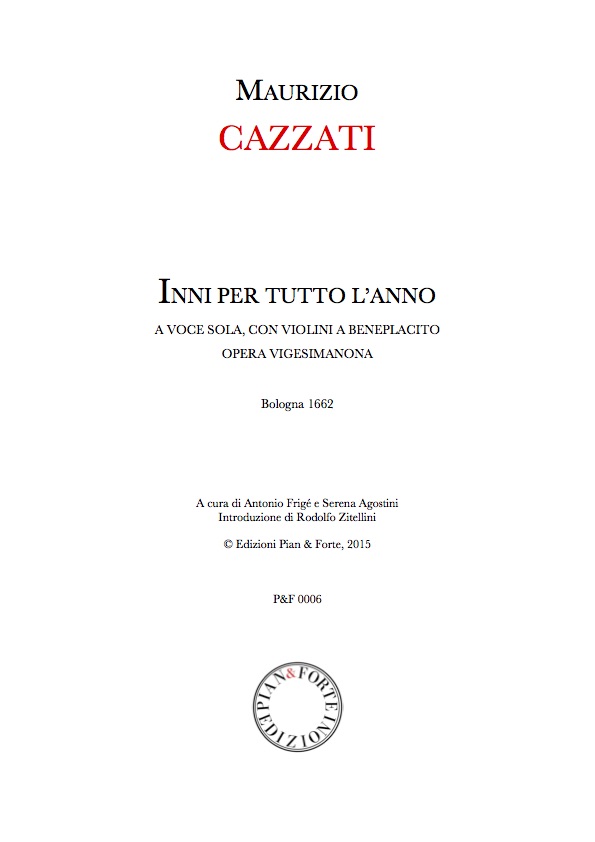 Maurizio Cazzati was born in Luzzara, near Mantova, and baptized there the 1st of March 1616, from a wealthy family of notaries. We know nothing about his studies but, as he later would claim, he was employed as musician in the Gonzaga court by the age of seventeen. In 1641 we find him as Maestro di Cappella and organist in the church of S. Andrea in Mantova.
This is the beginning of a long and fruitful musical career.
In this same year he printed in Venice a collection of Psalms and a Mass, inaugurating the second important venture of his life: music printing.
In his whole active career, lasting 37 years, he would publish 66 new editions, setting the record of printed output for the century. This record becomes even more impressing if we take in account reprints made during his lifetime: the total count is more than one hundred.
His career also quickly progressed, and soon he moved to Ferrara to become Maestro in the Accademia della Morte (a post later held by Giovanni Legrenzi) and then to Bergamo as Maestro in S. Barbara. But the turning point arrived in 1657, when he won the post of Maestro di Cappella in the Basilic of S. Petronio in Bologna. Not only he was highly paid but he also was instructed to reform the chapel, by then in a sorry state. He did so vigorously and was able to have at his disposition a group of greatly qualified musicians. For the important feasts, like the patron of the city, St Petronious, he had a virtually unlimited budget and could display the best of his musical creations.