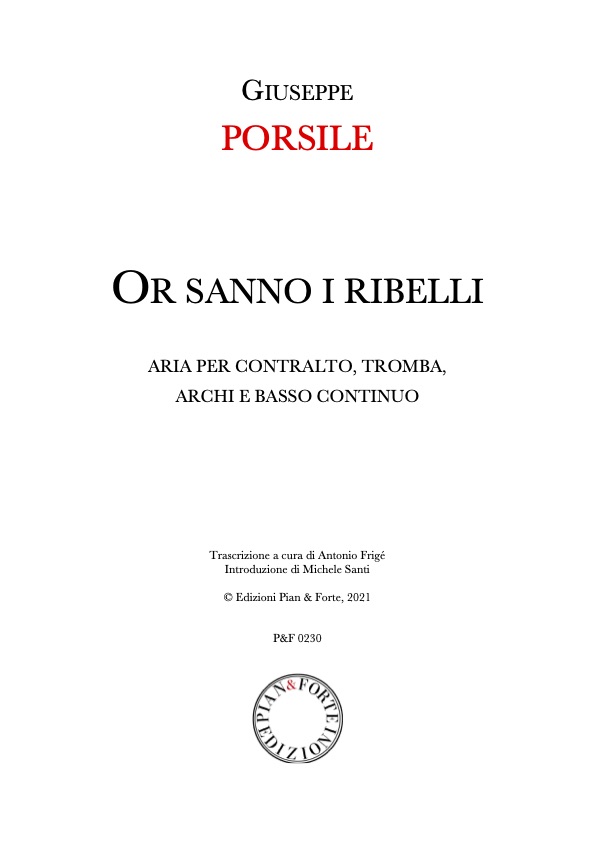 Giuseppe Porsile, born in Naples on May 5, 1680 into a family of printers and trained at the Conservatorio Poveri di Gesù Cristo. In 1708 he was appointed the role of deputy choirmaster at the Habsburg court of Charles III of Spain in Barcelona.2 In 1713, following the imperial coronation, the court of Charles III moved from Barcelona to Vienna. Porsile, who moved as a result of the court, had to wait until 1720 to re-enter the musical chapel, taking over the role of court composer from the deceased Gregorio Genovesi.
The large production, also favored by the predilection of Charles VI, led him to write numerous theatrical compositions, feste teatrali, drammi per musica and azioni sacre.
He died in Vienna, May 29th1750, comfortably whilst enjoying a widespread notoriety.