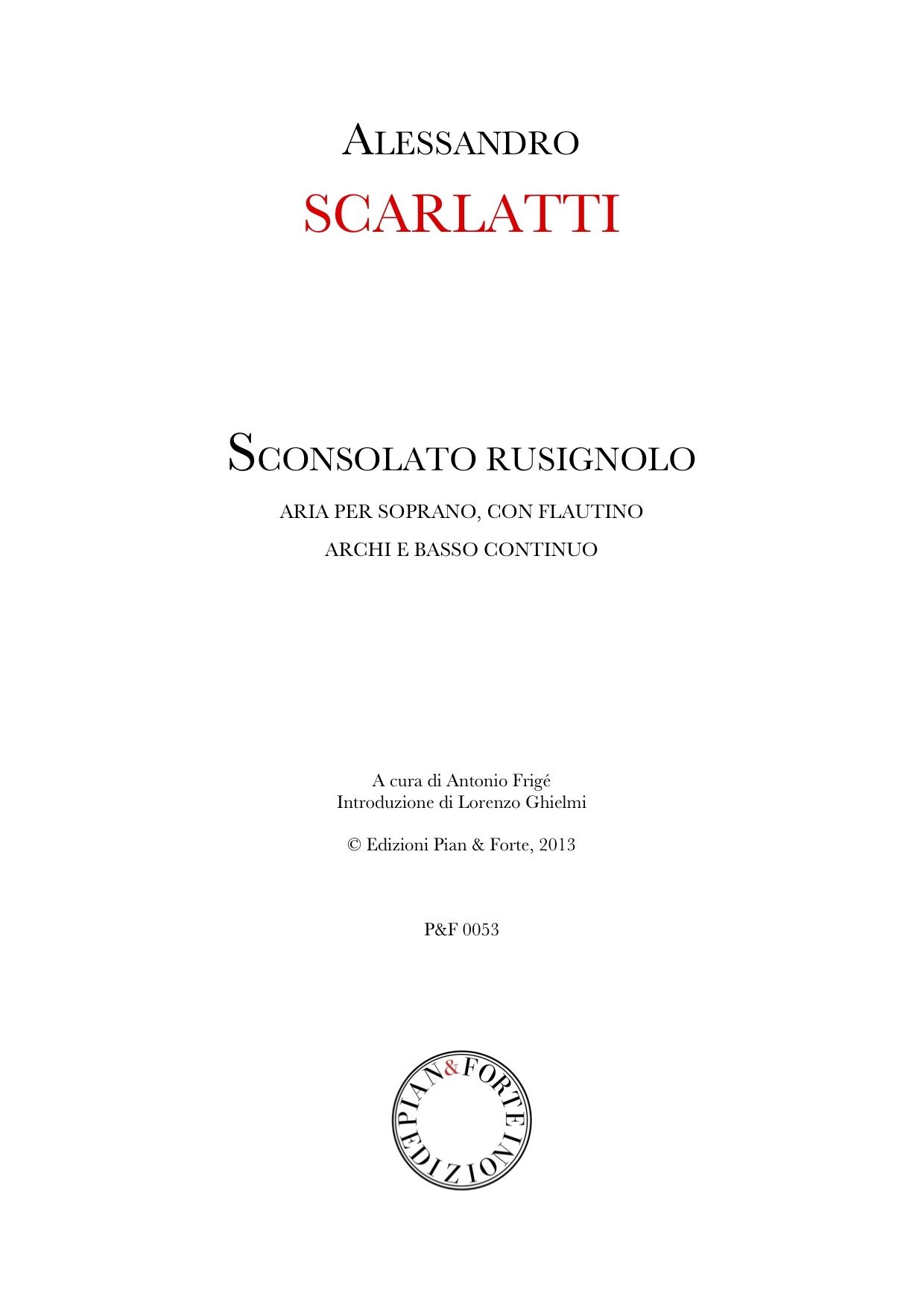 Alessandro Scarlatti (2nd May 1660 – 24th October 1725) is considered the founder of the Neapolitan opera. He was born in Palermo, and became famous in Rome for his operas and chamber cantatas. He spent most of his life beetween Naples, where he became Maestro di Cappella to the viceroy in february 1684, and Rome, where Cardinale Ottoboni made him his Maestro di Cappella, and procured him a similar at the Basilica di Santa Maria Maggiore in 1703. He died in Naples 1725. The large number of autograph and copies of the vocal compositions of Scarlatti include several arias. They are sometimes taken from operas or from chamber cantatas but sometimes preserved as isolated composition of which we do not really know the origin...