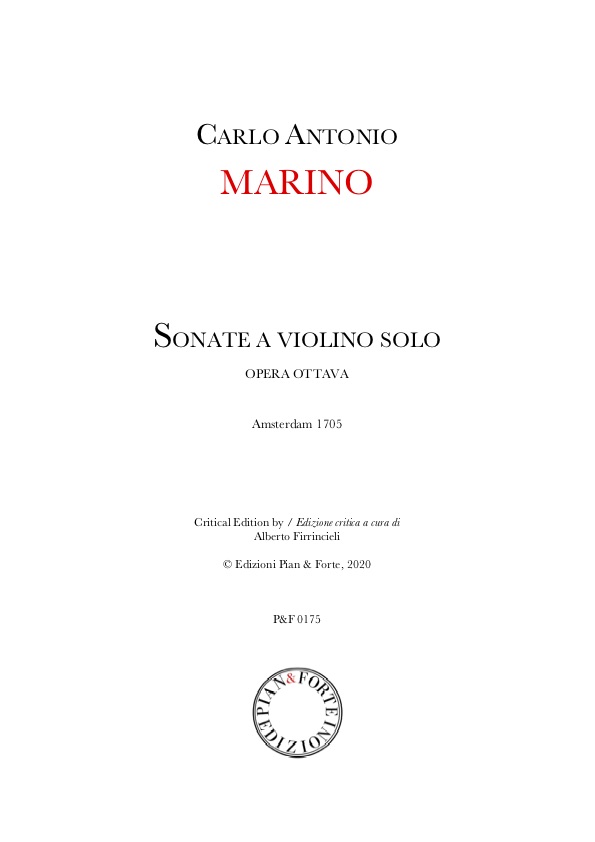 His musical output was sizeable, at least during his time in Bergamo. When he was sixteen, he published his first set of sonatas. Totally, between 1687 and 1705 he published eight sets of compositions. Excluding his Opera Seconda and Opera Quinta, where respectively only violin second and violin first separate parts have survived, we now have six complete sets. There are mainly trio sonatas, and some Sonate a quattro and Sonate a cinque, then one set of sonatas for violin, and one set of cantatas for voice.