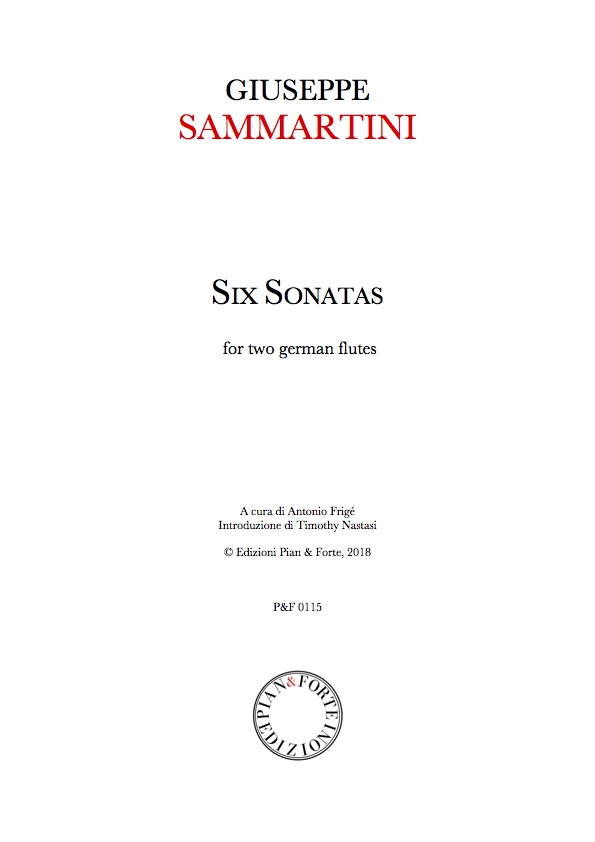 The "Six duets" for flute, opera prima, have a particular dedication: "for the temple of Apollo", which suggests that they were written for a precise event. The compositional style is very varied both in tempos and in the use of tones. Some duets have the classic andante, adagio, allegro structure while in in other duets he adds minuetti or other movements with particular indications such as spirituoso or affettuoso.
The switching of the parts between the two instruments is very interesting; Sammartini experiments with different combinations: in some areas the melody is given to the first instrument, and accompanied almost like a ground bass on the second instrument; in others there is a game of imitation, or question and answer; in others still the voices proceeding isolated and well differentiated but of equal importance.