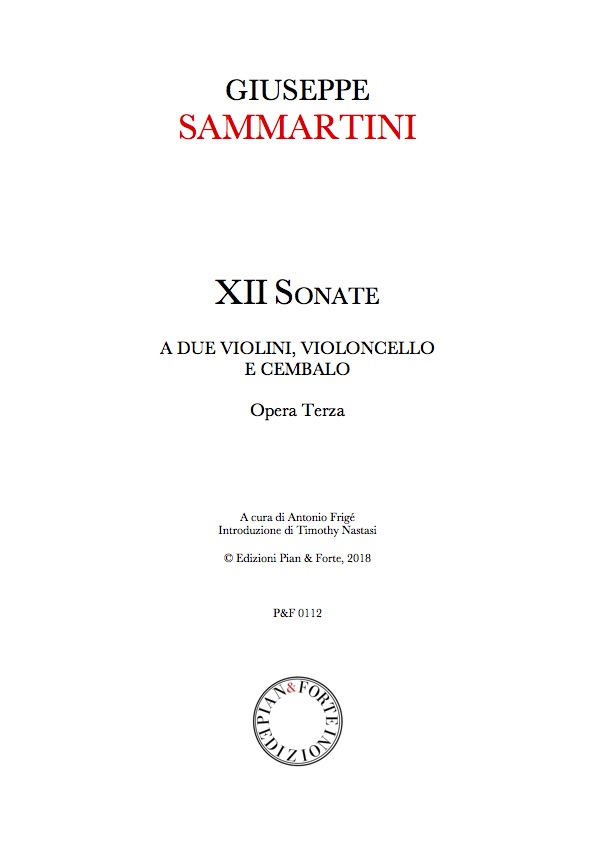 The Opera III "Sonatas" are also dedicated, like many other compositions by Sammartini, to Augusta, wife of Federico, Prince of Wales. A certain complexity of writing shows an evolution with respect to the sonatas of Opera II and Opera III. The influence of composers such as Geminiani, Locatelli or Platti becomes more evident.
The evolution of movements is very harmonious, and often characterized by sudden modulations. The rhythmic part is complex, with quick and detailed figures, almost like a prelude to the subsequent stile galante in which all the ornamentation will be explicit. The movements have various names and do not follow any precise rule, exploring the various possibilities of combinations between slow and fast times, in duple or triple time. It is curious to note how Sammartini places melodic movements with a modern flavor and fugal movements with a traditional system side by side; they also noticed the adagio tails to the fast movements, in the same manner as Haendel.