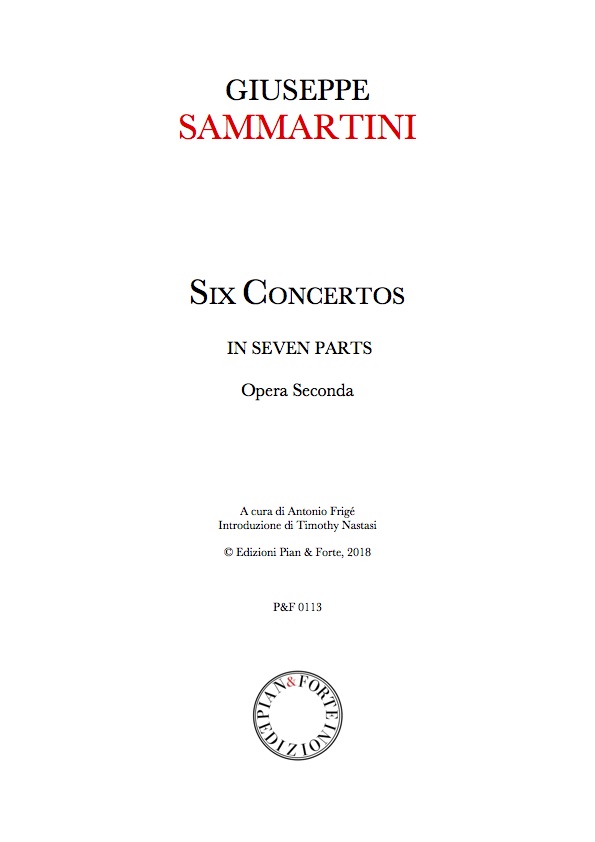 The "Six Concerts in seven parts" Opera 2 of this publication were printed in London on behalf of John Johnson. The print is not dated and the songs bear only the generic indication of "concerts", although they are clearly big concerts, with the typical tutti /soli structure. They certainly take influence from Handel and Corelli, who at the time had a huge success in London.